Many of you have asked what I do while here in India. Loren and I meet with our executive staff almost every morning for leadership training. We feel we have the best staff in India, but there is a lot of quality time given to them to enhance their lives and leadership skills. 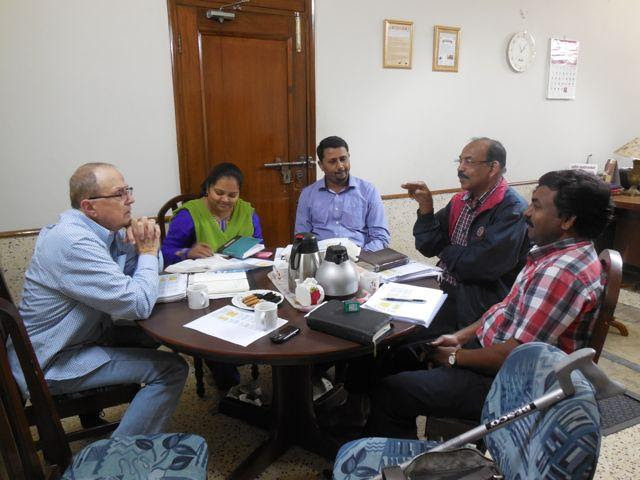 Also we go to villages, but I will write about that later.
Sometimes Loren feels like he is banging his head against a brick wall. 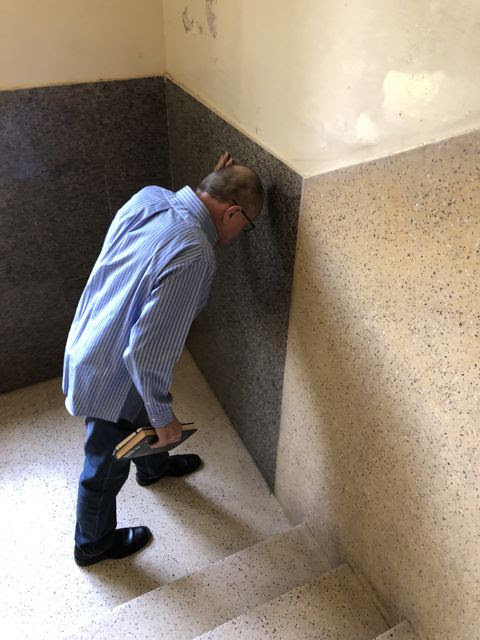 We have been collecting funds to do some major maintenance on the original Prakash building, which is 45 years old. When Loren was here at Prakash last year he hired a contractor and left detailed, colored drawings of where he wanted the work to be done. Well, upon our arrival five weeks ago he realized that the work right outside our room’s door had not been done. So we have listened to bang, bang . . . bang bang almost 24/7 since we arrived Ugg! 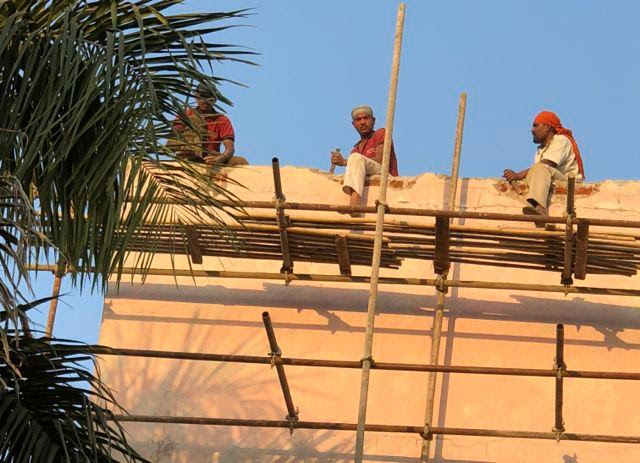 It has been fascinating to see three men with one-inch chisels and hammers take off the entire four-story wall of concrete, two inches thick. I have taken a series of pictures to show the progress. They have completely resurfaced the entire wall now. Finally, we have peace. They will keep it wet for about a week and then maybe, just maybe we will have funds to paint it next year when we come. It is so very hard to raise funds for maintenance, but without good buildings there can be no students. 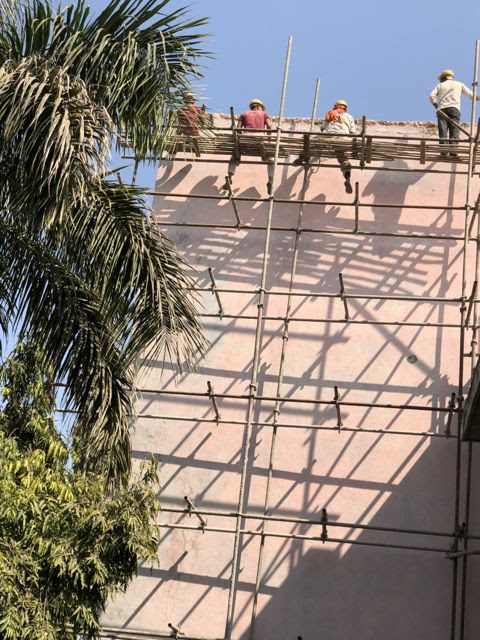 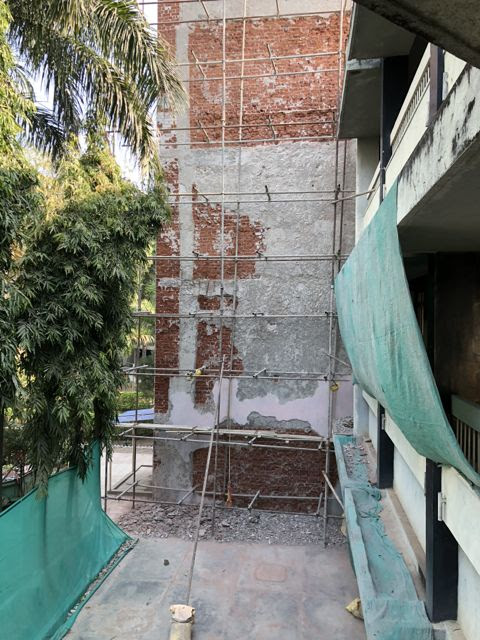 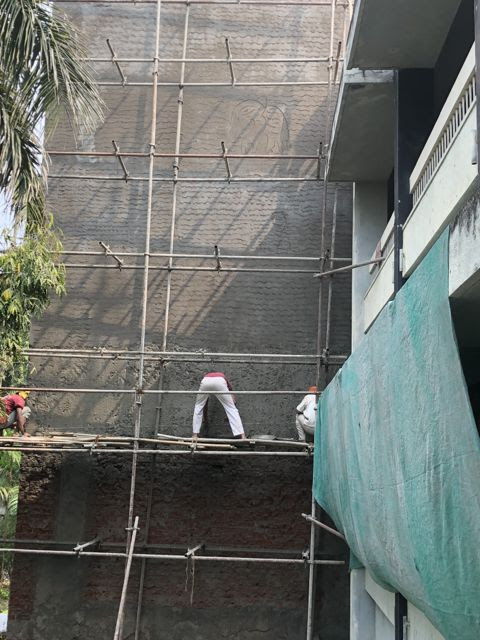 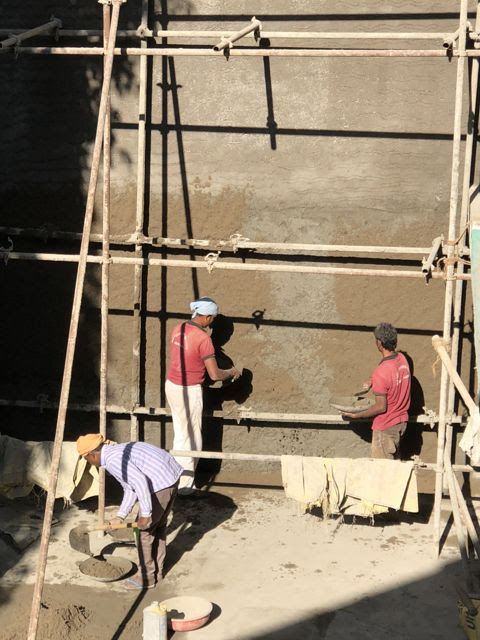 I also meet with the girls once a week for Q and A. It is fun to hear the questions they have for me. A lot of the time they want to know why RGI is such a beautiful color. I’m glad that I was a part of making that happen. Also they wanted to know if we were going on a picnic. Do something once and it becomes a tradition here in India. 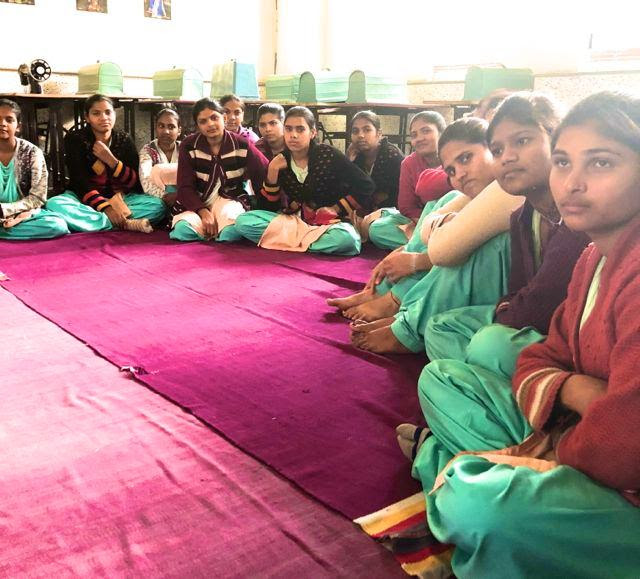 So, instead of a picnic today, I gave the girls and lady staff the experience of going to a multiplex movie. Loren and I were taken last week and it was the first Indian movie I had seen in its entirety. Even though it was only in Hindi with no subtitles, it was so well done that I knew exactly what the story line was. The costumes, dances and music were phenomenal. 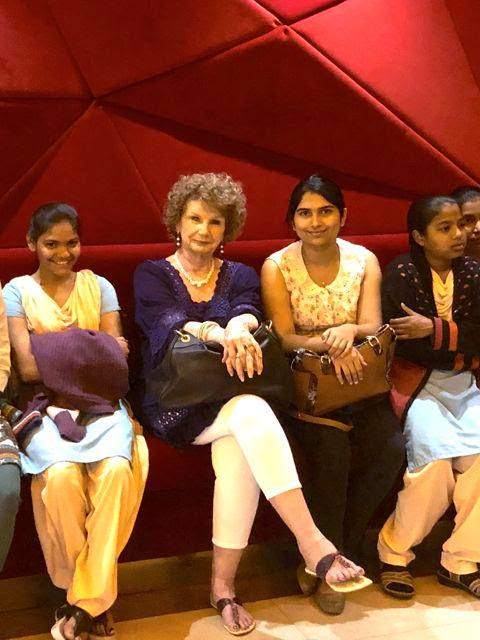 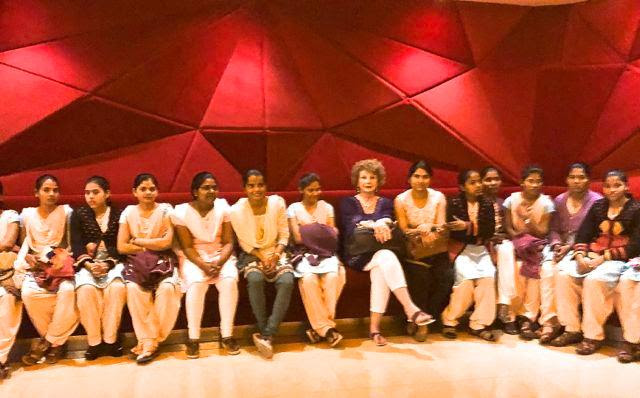 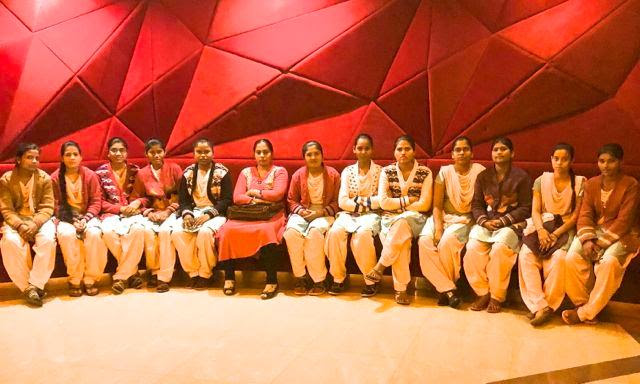 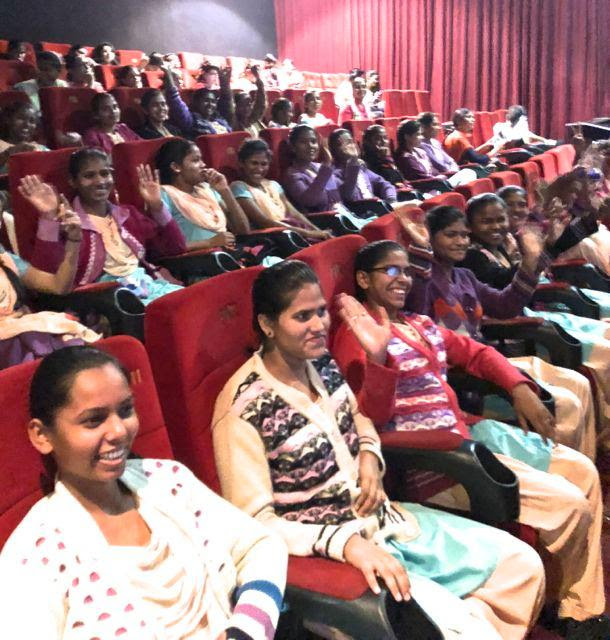 Rani Padmavati was a legendary queen of India and this was a historical drama about her and all her 500 maids committing sati (death by burning) to save their honor. Only three of the girls had ever been to a theater and never a multiplex. We hired a bus and I made sure they each person got popcorn and a coke. Movies in India are l . . . o . . . n . . . g. We left here at 11am and returned at 4:30 pm. The girls really loved their outing

Of course, there is always shopping . . . even with the cows. 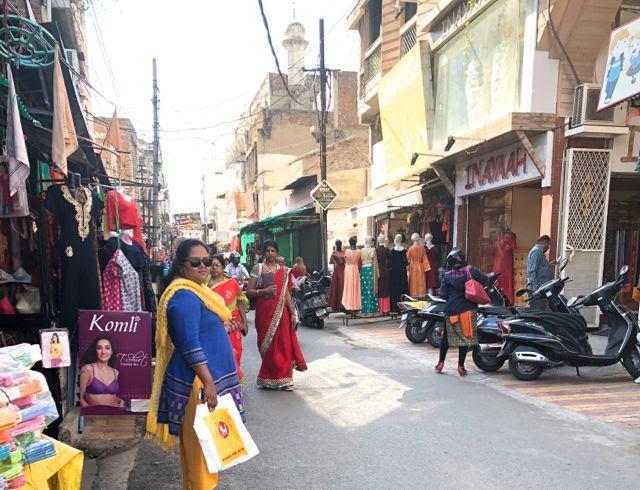 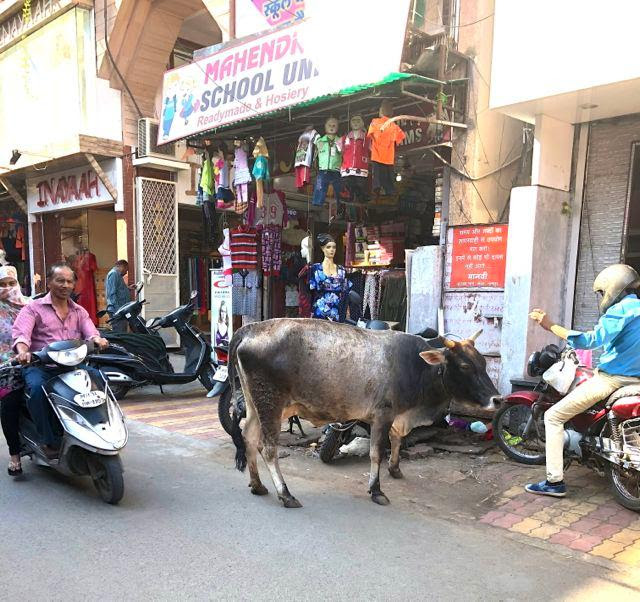