For a year I have been encouraging Patrick and Susan that whenever they would return to India they should give a classical music concert for the students and staff.
Susan and Patrick are professional musicians, each amazing in their abilities. Susan plays the Viola da Gamba and cello, Patrick the organ and piano. Practicing for their performance was the first time they had played together. We could not find a cello for Susan, but she made due with an older violin. 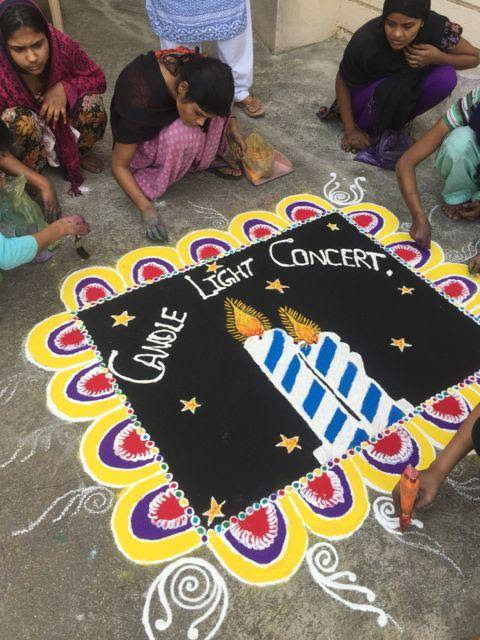 Together we planned a Candlelight Concert, a first for our students and staff. Most all music in India is LOUD and in a minor key. 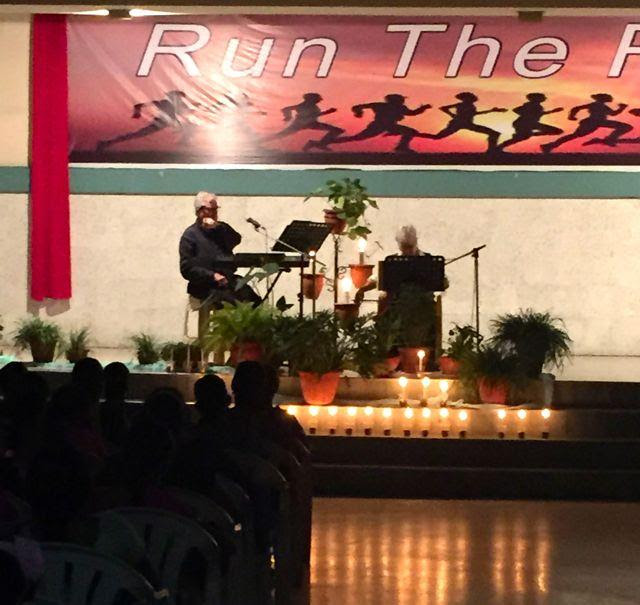 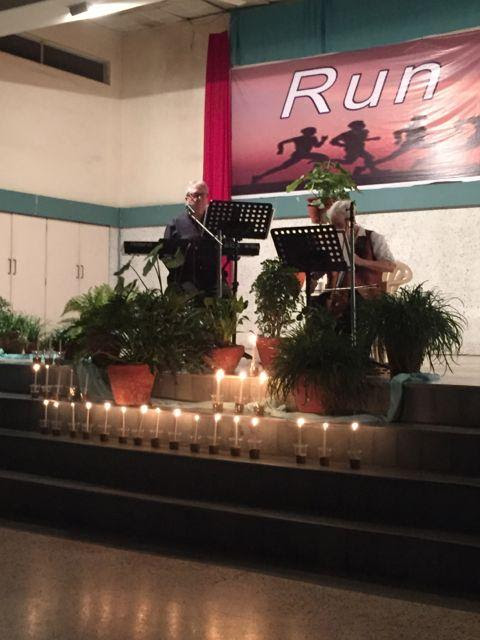 I devised for the girls at RGI to perform some soft and elegant dances, 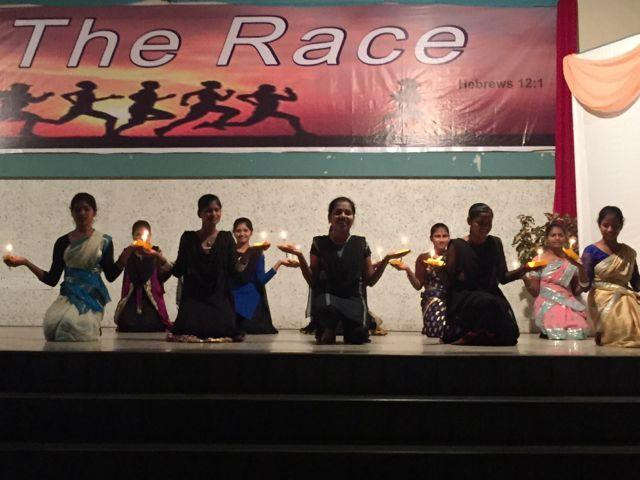 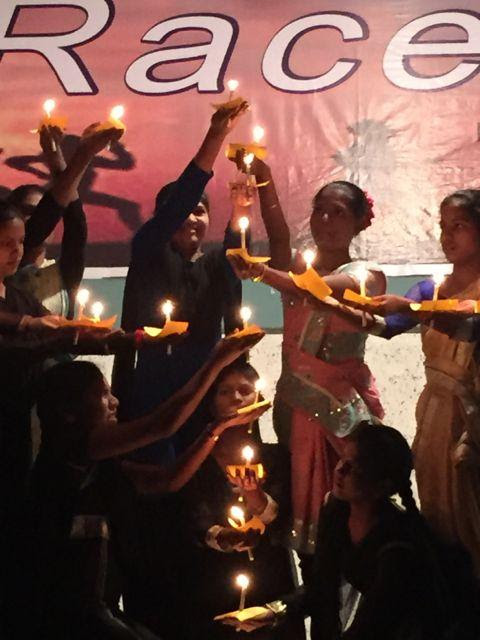 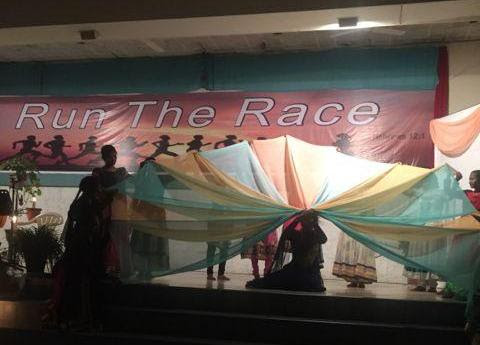 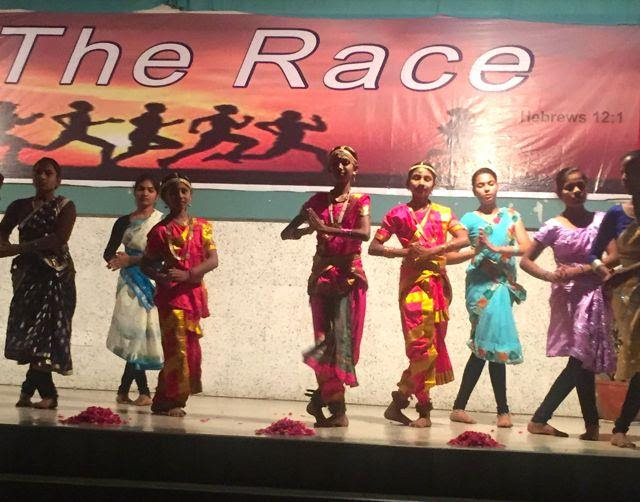 the boys learned to sing Amazing Grace. This was the first time a song was taught with timing being important and sung as written.
When I went over to decorate the stage, I brought in plants and hid the cords with fabric. “Oh, Nani you make it so beautiful,” exclaimed the girls. Also I was adamant that there would be no adjusting of mikes, lights, and fans during the concert . . . a first for everyone in India.
To my utter amazement every invitee was in the auditorium ahead of time. Only a few light were on and the candles gave a wonderful glow. Because the girls had begged and begged, I wore a sari. 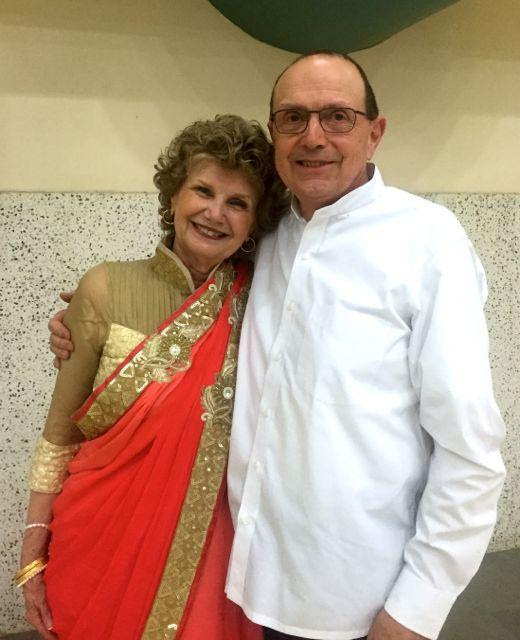 “I never knew those mosquitoes on the paper were meant to make music like that,” Nagesh said, “It was so beautiful and different from what we have ever heard.”
Patrick said after the performance, “Sylvia, up and until Friday, I thought you were going to let me off the hook,” I laughed and said, “You were not dead, so I needed this concert to happen.” Patrick was weak, but he did a fabulous job . . . they both did.
Loren encouraged and complimented the young staff daughters on their beautiful part in one of the dances. 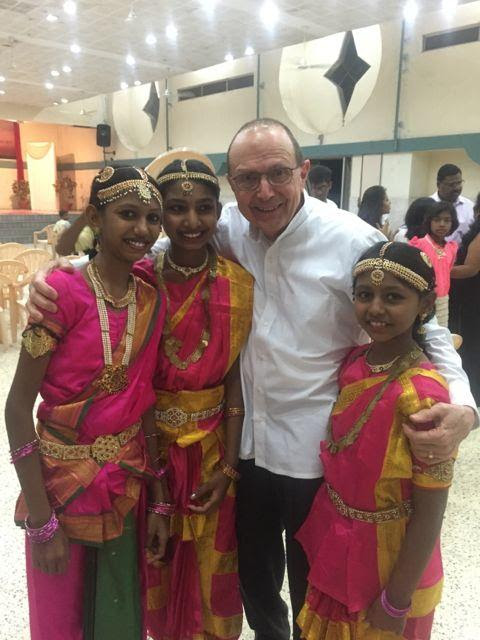 The caterers were suburb and everyone enjoyed the meal and fellowship. Patrick got to again thank Samson, his male nurse. 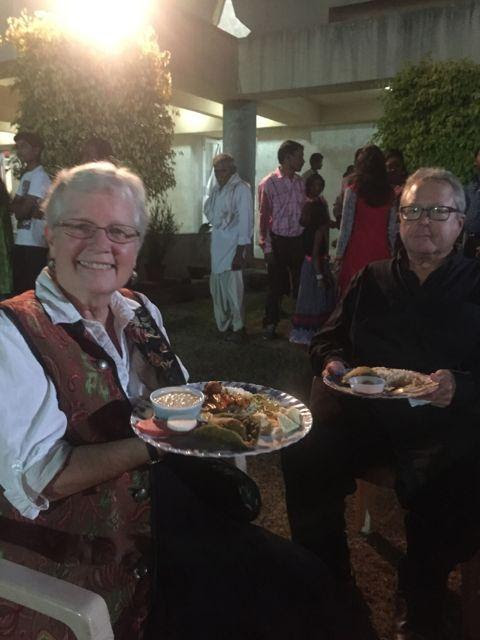 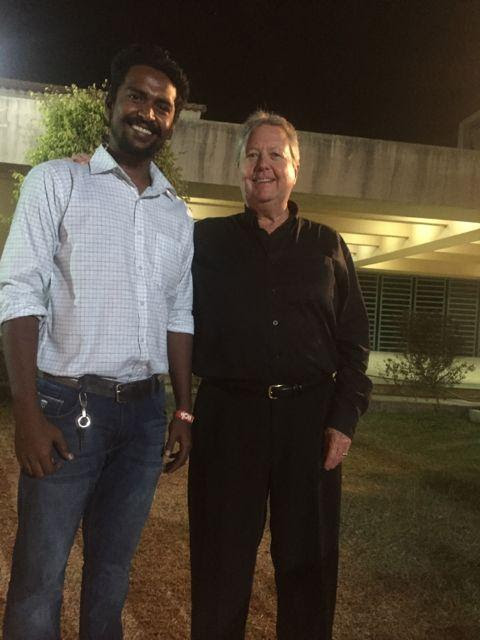