Due to his broken collarbone, Dr. Suresh has just now been able to start the goat gifting. I always tell him to take pictures and really chronicle the event. When he came to our room to report on his day, I said, “Suresh, How was your day?” He said…running his hands over his face, “Nani, it was kinda hard.” By the time he finished with his story, I’m laughing, “OHhhh NO!!!!”

Here is his report:

This year also it was once again hard job for me to find appropriate needful families for this.  But this time Loren personally encouraged me for Holy Spirit’s guidance in it. So I was thinking and really Holy Spirit guided me about two little girls and their parents whom I saw six month before. I visited that location for other work and because of heavy rain I missed to pay attention towards the vulnerable situation of these family and specially these two little girls.  So I decided to visit them and find out their condition and I am thankful to God for his guidance.

Poverty brought Raju and his wife to Nagpur.  After many troubles he got job in Pig farm as he started his labor work here. After one month he became vulnerable because of an accident…he fell down on a slippery floor and had serious injury to his spinal cord.  Since then he is not able to walk or work even though he has tried many doctors. 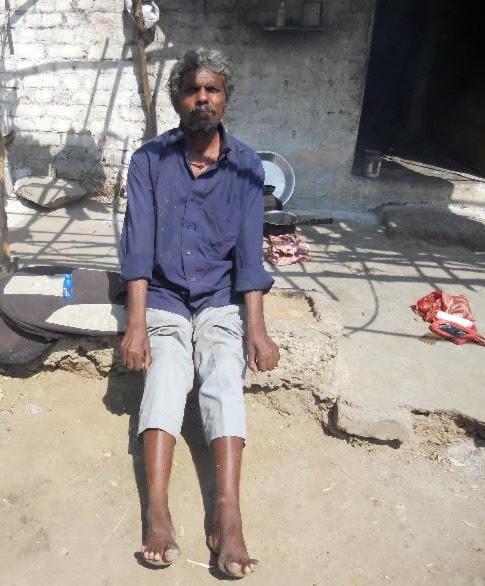 Ultimately he had to loose his job there and then situation became very bad, as he was unable to provide basic needs of his family. He has two sweet girls named Poonam 7 years and Priya 4.  His wife told me with tears in her eyes, “We spend many days without sufficient food”.  She started finding any job and some how she got job in one private poultry farm where they live now in very poor condition. She gets 110 Rs. Per day (two dollars) and she has to look after 8000 birds.  Very tough job and the money she get is not sufficient to provide basic needs of family, as she has to still spend on her husband’s medications.  In this situation Poonam and Priya’s needs are overlooked…very defenseless situation. 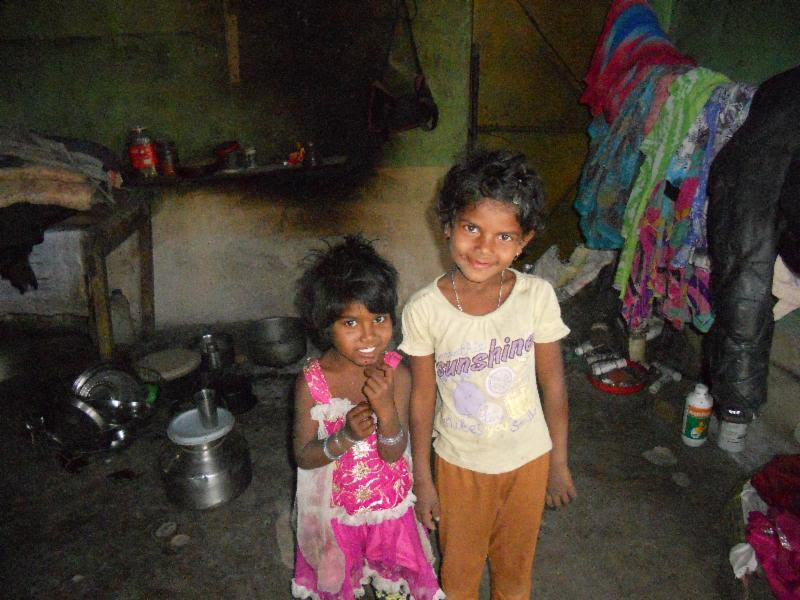 Because there is a disease in India that has caused many female goats to be barren, I always try to have pregnant females. I would not want my name to be ruined by giving worthless gift. The village of Raju has many male goats so I delivered them two pregnant female goats.  On the way all of a sudden auto-rickshaw driver stops. He is yelling, ‘Dr. Suresh, *^$$##%%* mess, @*^%%# never again my rickshaw,’ with his hands flying in the air…one of the female goats is delivering her kid in the auto-rickshaw. Oh no…not now! What a mess 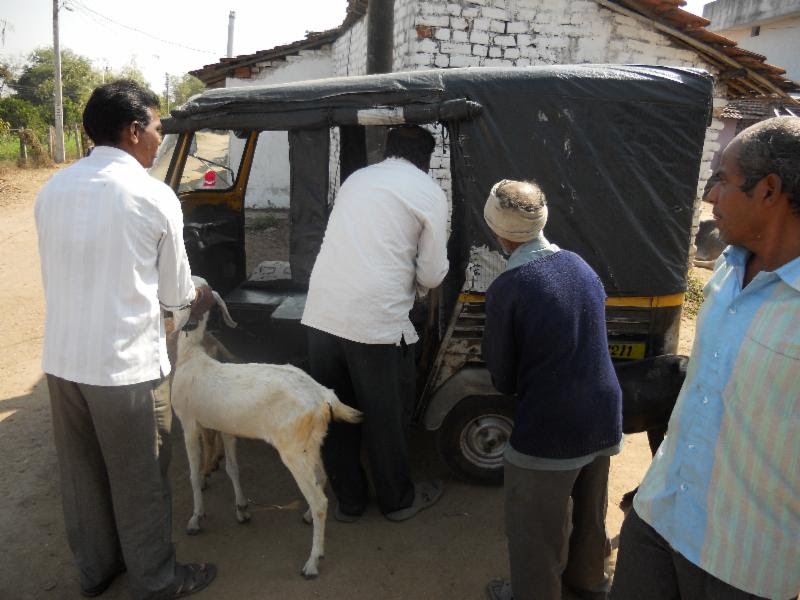 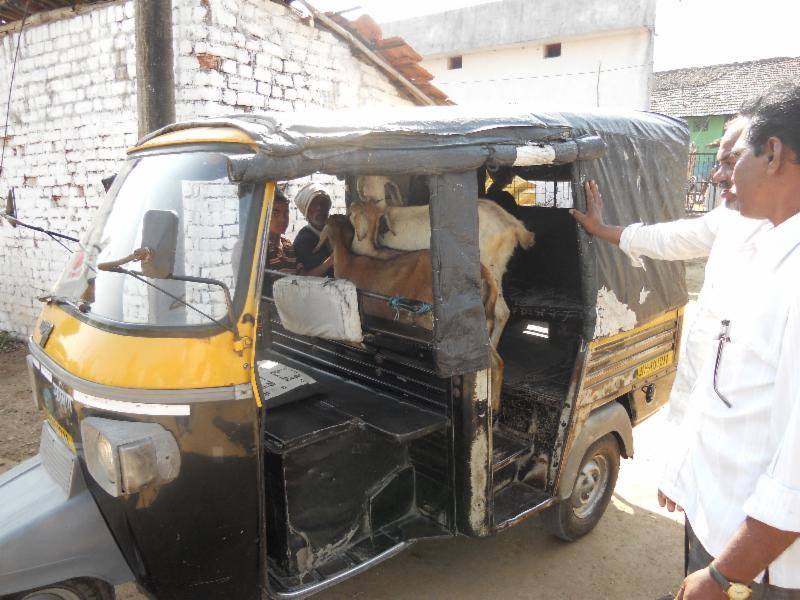 The auto-rickshaw driver does not want to continue the journey. It takes much convincing. Thank God nothing happen to newborn kid and we reached safely at Raju’s house.

It is unexplainable for me to explain their happiness, specially these two little girls. What a joy I felt to see this family after giving them three goats.  I instructed parents that the income from this will have to be spent on the girl’s needs. Now Poonam will go to school next year, which is 2 Km away.  I will be helping them to open an account in bank so that they can save some money for their education. 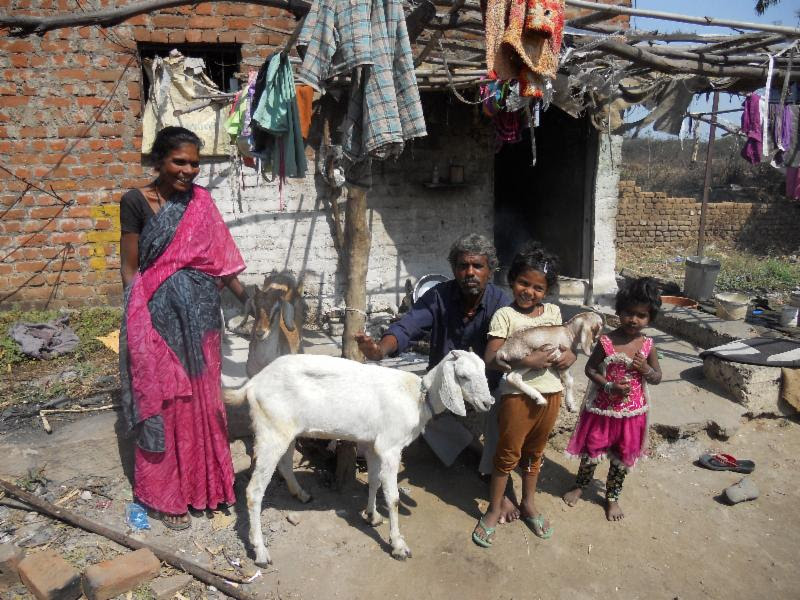 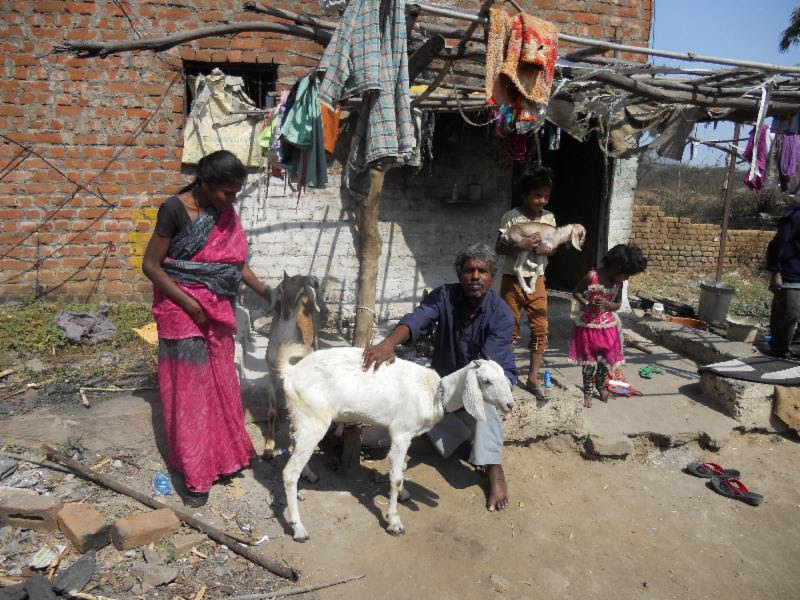 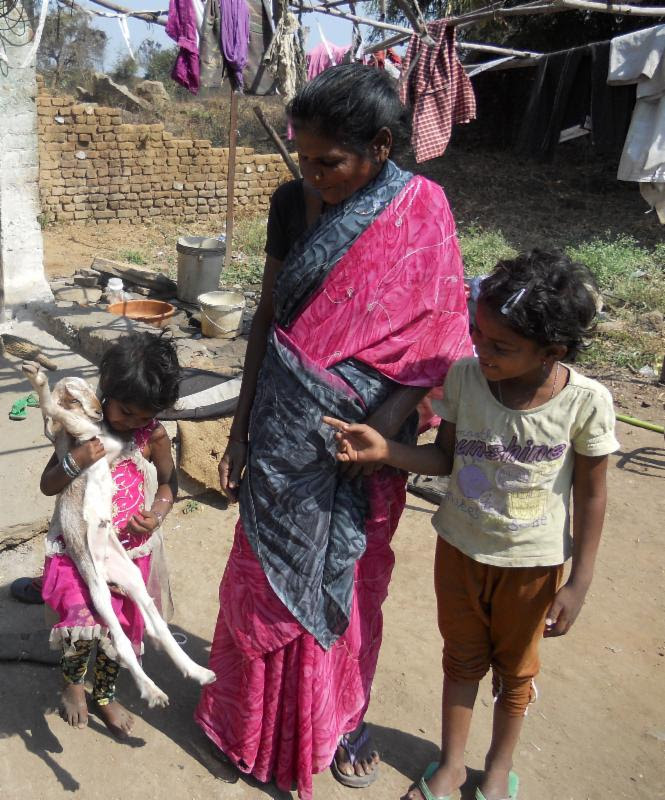 I am sure and so Raju and his wife also agree with me that this will provide them better environment especially for girls. Both of them agreed that because of less money they overlooked their daughters very much. But now I saw great hope and confidence on their face that they will provide better environment to their daughters and take care towards their mental, physical, emotional and spiritual development.”

Yes, I guess it was a kinda hard day, but soooo worth the effort.

Thanks to all of you, we can make this kind of gifting a possibility.

Loren just finished the Board meeting.  Pray that these men continue to have the vision for Prakash.